Benedict Cumberbatch wins the best actor at the London BAFTA TV Awards for the SKY Atlantic’s ‘Patrick Melrose’ mini-series. In wearing Salvari Gorilla Cufflinks he lends his voice and shows his support for the natural world and the diminishing populations of mountain gorillas which now stand at less than a thousand left in the wild. 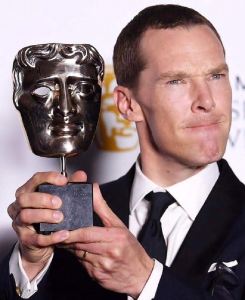 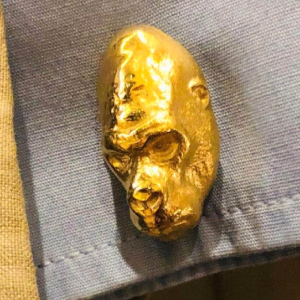 Last night at a star-studded ceremony in London, Benedict Cumberbatch literally wore his heart on his sleeve by wearing a set of Salvari Jewellery Gorilla cufflinks as he took Best Actor honours at the BAFTA Television awards for his stunning performance in Sky Atlantic’s ‘Patrick Melrose’.

Looking razor-sharp (dressed by stylist Joe Woolfe at Labassa Woolfe) it was an honour that Benedict should choose to finish off his evening’s attire with a unique set of Salvari Gorilla cufflinks and help share the urgent conservation stories about mountain gorillas that goes with them. 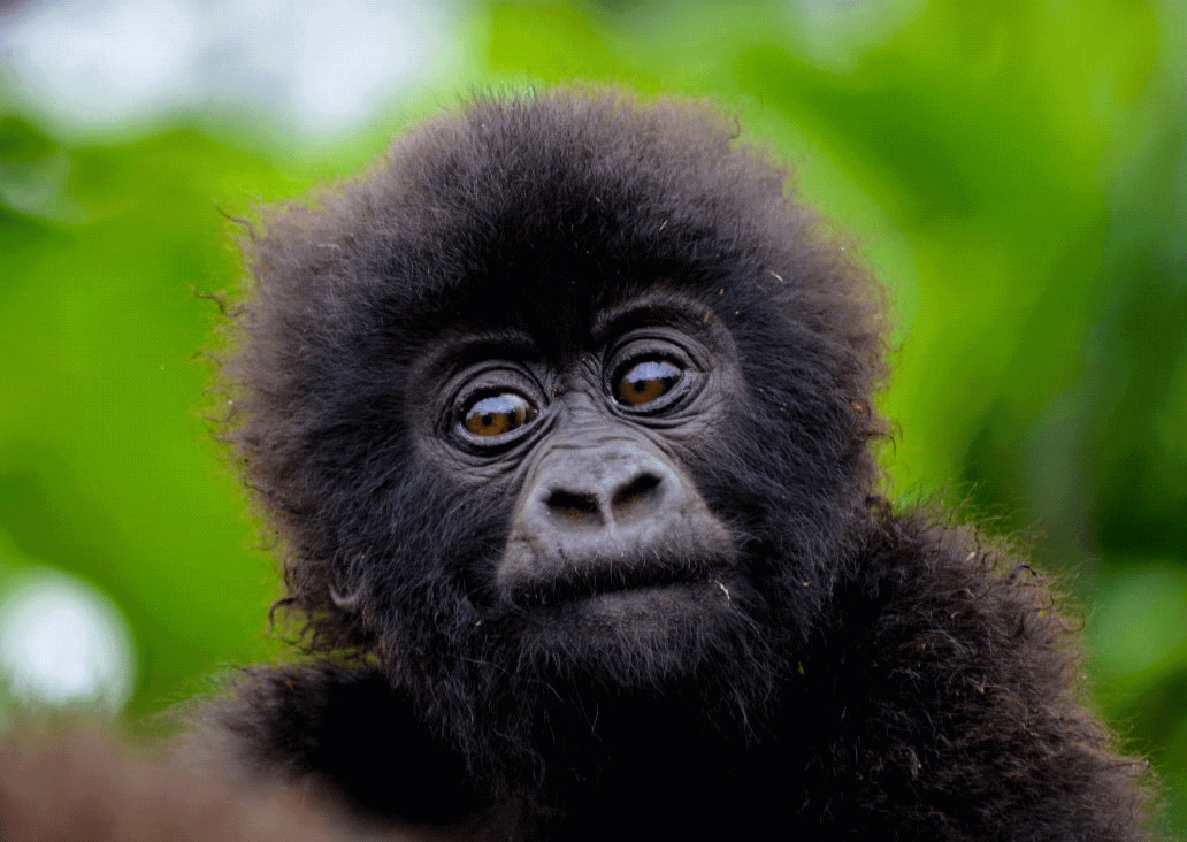 Just under 1,000 of these great apes remain in the wild, according to the most recent survey of the population. Even though this might suggest an increase, the steady decline in eastern gorillas is running at about 5 percent per year. If this disturbing and unnecessary metric is allowed to continue then it follows that over 90 percent of the eastern gorilla population will be lost by 2050 – leaving a figure and environment that would suggest any escape from a total extinction is unlikely. 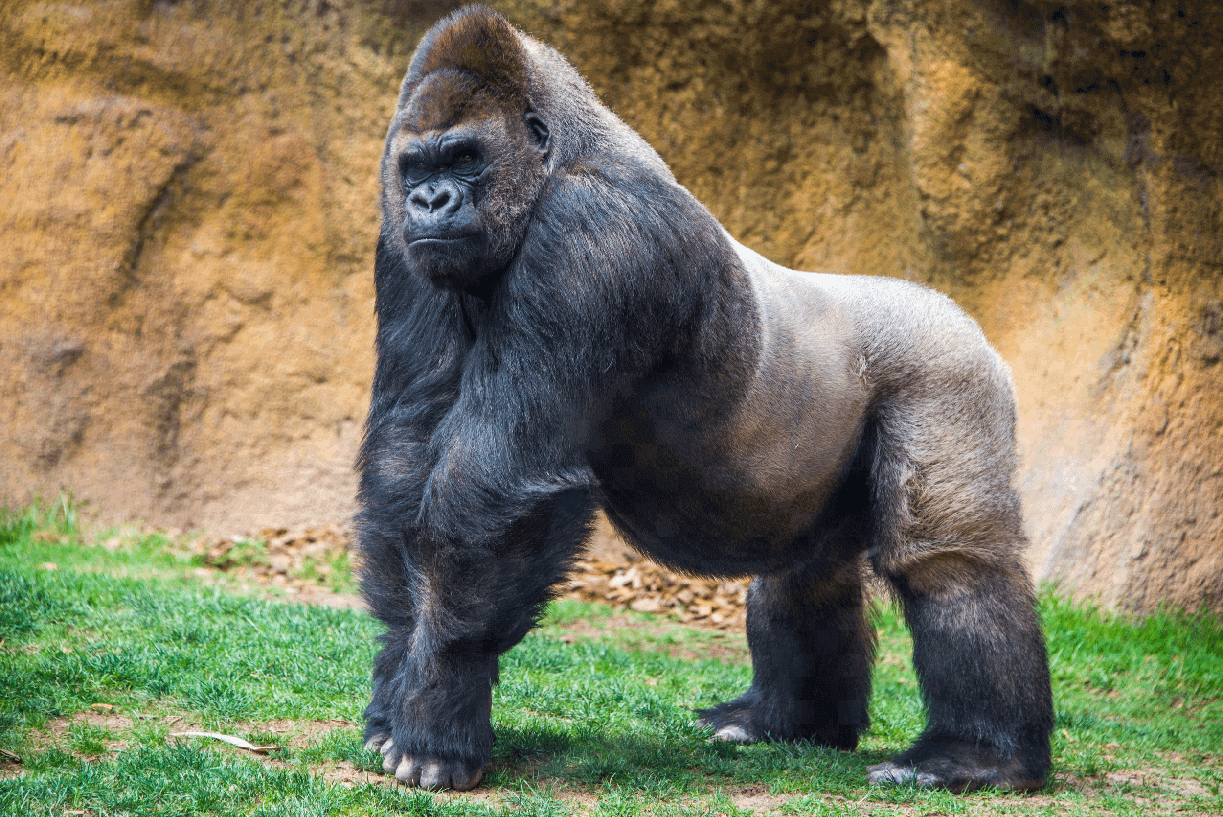 The biggest threats to mountain gorillas are caused by humans, either by way of political upheaval and war, continual human encroachment into gorilla territories, deforestation and forest degradation and poaching of gorillas (both young and old) for bushmeat and trophies. The gorillas’ remaining sanctuaries are both verdant and rich in other wildlife making these areas some of the most densely populated regions in Africa. As people move ever closer to gorillas, they also bring the risk of infecting them with human diseases such as the flu, pneumonia, and even Ebola. 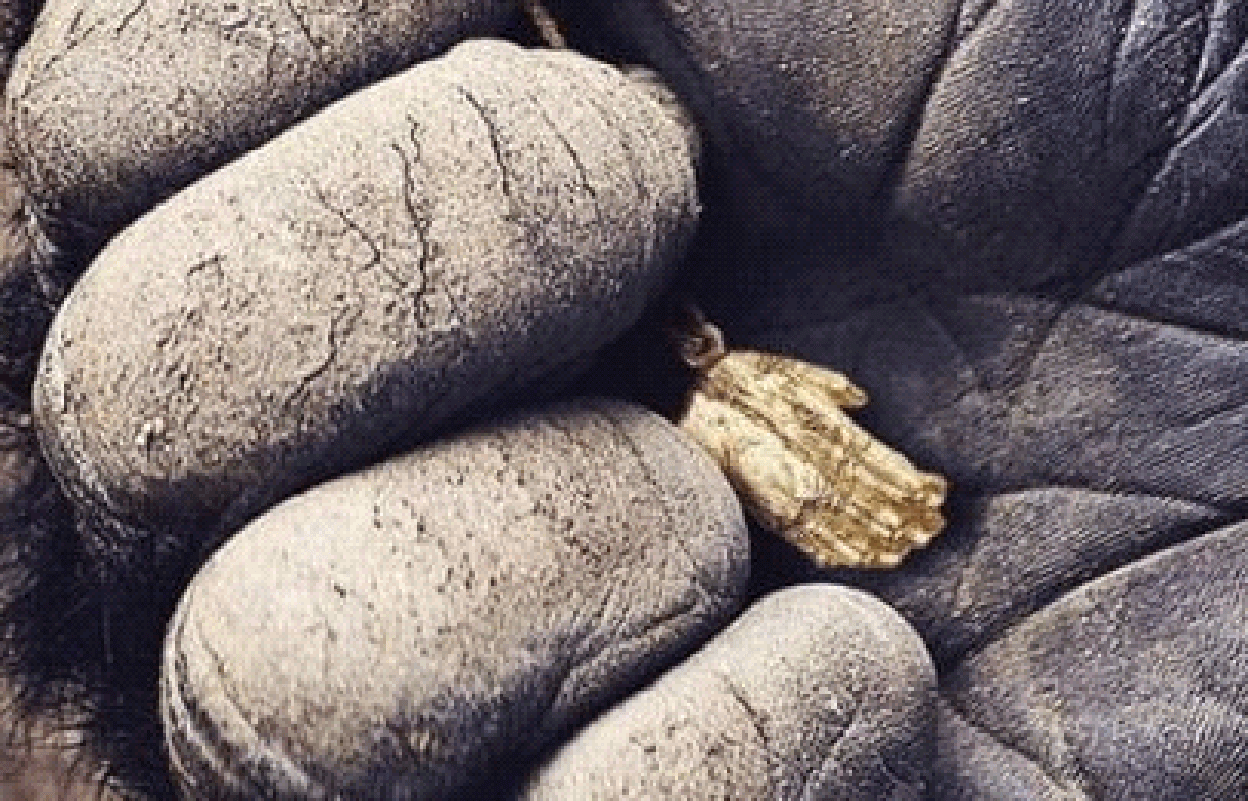 As their territories are made ever smaller and their fear of humans becomes ever greater, gorillas are gradually being forced higher into their traditional mountain ranges and thus into dangerously inclement and freezing conditions they are not used to (and in many cases cannot survive) in order to escape contact with humans that so often ends in tragedy.

Given such dire prospects for the world’s wild Gorilla population, it was truly humbling that Benedict Cumberbatch should lend his voice to support these most majestic and vulnerable of animals on his big night. We cannot thank him enough for the power a voice like his can bring and the stories it can tell, and hope (as he said in his speech) that we “can bring home a story of salvation.”

Salvari partners with conservation organisations and change-leaders around the globe. Beyond donation through sales of its unique jewellery, like the Gorilla cufflinks, Salvari is also currently designing prototype veterinary tools for Rhino that have survived being de-horned during poaching incidents. We are outlining marine fishing concepts to protect and conserve ocean-going migratory fish species such as Tuna and Billfish, and will plant ‘alternative’ forests that grow 100 times faster and produce harder wood than Oak, yet also yield bio-fuels, food, clothing, medicines and bio-plastics whilst reducing atmospheric CO2. 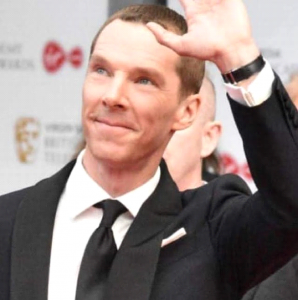 As well as being about great jewellery design, important causes and giving back, Salvari is also about you. Our goal is to create a network of like-minded jewellery lovers who want to champion wildlife causes and make a difference. Each unique Salvari piece tells a story about global environmental issues that affect the world we live in. By wearing Salvari jewellery you’ll look amazing, help promote a message of change and fund vital global projects that make a difference.

‘In a gentle way, you can shake the world’ – Let’s do something good. Together.