Just before the global lockdown began, Salvari designed a specialised veterinary tool for Dr. Johan Marais at the Saving the Survivors Rhino and Large animal charity in South Africa. Johan founded the charity in 2012 to attend to injured endangered wildlife who have fallen victim to poaching or traumatic incidents. He is one of the world’s true conservation heroes, a pioneer dedicated to both his work and passion for saving Rhino from the danger of injury and extinction that poaching places them in. 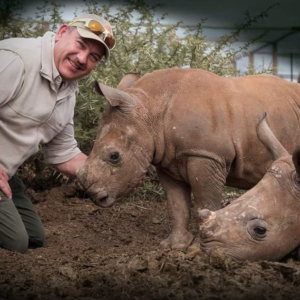 Johan required a hand-held tool that would help him suture open wounds on Rhino that had survived being attacked for their horns by poachers. His idea was for a hollow ‘wire-passer’ head through which surgical steel suture wire (up to 2mm in diameter) could be threaded. Following emails and drawings sent by Johan, Salvari designed and rendered the first concept in 3d. The tool had to be both heavy-duty and needle-sharp to pierce Rhino’s skin, which, even on juveniles, is incredibly tough. 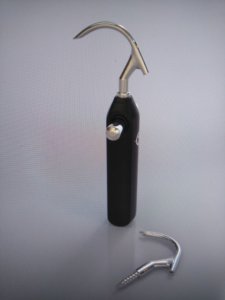 Salvari approached Dearson tools in the UK with the first concepts approved, who kindly delivered a first physical version. This was sent to South Africa, but it couldn’t penetrate the skin of the injured Rhino it was tested on. A revised, sharpened version was sent and tested, but once again, it couldn’t pierce Rhino skin. A third digital redesign of the tool-head seemed more promising with its needle-tip and three ‘blade’ edges leading to the wire-exit opening on the tool shaft. 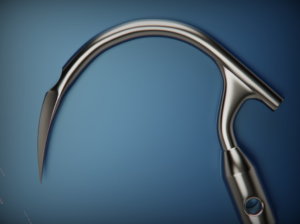 This was given the go-ahead for production, and the third set of tools were sent to Dr. Johan and his team. Another nail-biting wait ensued until news came over email that the tool had succeeded in its first operation on a young Rhino who had been wounded in the South African Bush. It seemed deep wounds on Rhino could be sutured with up to 2mm wire for the first time. 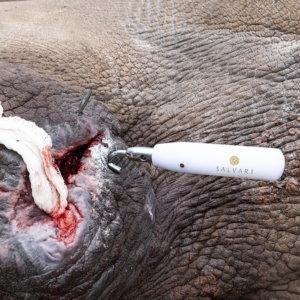 However, it wasn’t long before further news arrived that the tool heads – whilst capable of piercing the Rhino’s flesh – were not strong enough for multiple passes and were eventually buckling at the tip. This would make working on facial wounds, where horns had been removed, impossible as beneath the Rhino’s tough skin sits dense cartilage and bone that potentially would also need to be penetrated. 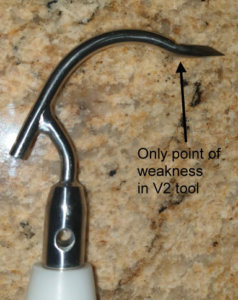 Salvari needed some external help, and thanks to its customer’s donations from sales, the company was able to reach out to 3formdesign, an industrial design business specialising in engineering and product design. Their take on the tool was to place the wire exit on the underside of the tool head, thereby creating the wire-passer with a complete three-bladed shaft and sturdy flat base, which hugely strengthened the overall design. 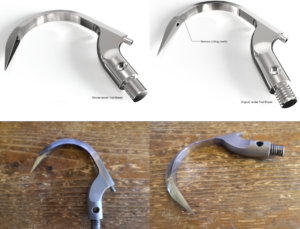 Within three weeks of their production, the tools were delivered to Saving the Survivors, and it wasn’t long before the news we’d all wanted for so long came back. The tools pierced Rhino skin and had the strength for multiple passes whilst also being able to be sharpened so blade edges would maintain their cutting capabilities. As Johan graciously explained throughout the year-long design process, it was never going to be an easy tool to create the first time out; “Rome wasn’t built in a day”. Rhino skin, especially around an adult’s horn, is incomprehensibly tough – as it needs to be, should two adult male Rhino butt heads! 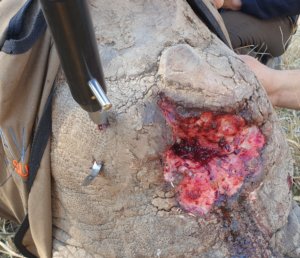 Unfortunately for Rhino, their majestic horns are becoming increasingly valuable the rarer they become. Poaching gangs dart Rhino to stun or tranquilise them before brutally hacking off as much horn from the semi-conscious animals as they can with hatchets and saws. Animals that survive being so savagely brutalised, like Hope below, either die from the trauma or must be euthanised due to their injuries. 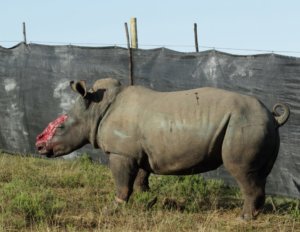 Despite Hope’s appalling injuries, Johan and his team fought to treat her back to health over an 18-month period between May 2015 and November 2016. Her death due to an unrelated illness devastated all who worked with and loved her. https://www.youtube.com/watch?v=RpuHXqb8gb4

In Saving the Survivors own words, “Hope became a worldwide ambassador for her species. Her healing was described as miraculous, and she continued to show a fighting spirit, bar none.” 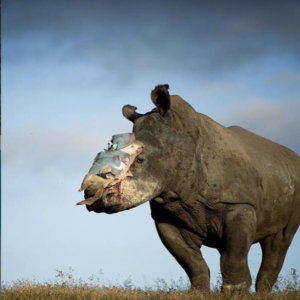 Her story, and all that was learnt from her treatment, continues to give hope for other unfortunate Rhinos routinely injured and all the healthy Rhinos that still face the horror of poaching and the international market in ivory and horn that threatens them daily.

For a very small company like Salvari, it has been an honour to be involved with – and to continue to support – the amazing charity Dr.Johan Marais founded. He and all the team of volunteers at Saving the Survivors do work that is vital for Rhino’s ongoing survival and future security on this planet. 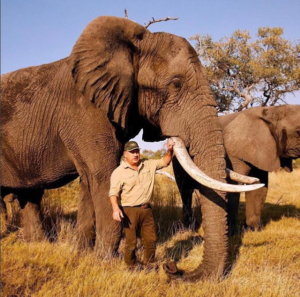 Through our customers’ purchases of their Salvari jewellery – whether land or marine-life designs – we have collectively been able to donate something physical to the fight that can offer Rhino and other African large animals a small form of hope. Dr. Johan’s suture tool could not have been created without Salvari’s customer’s donations, and so the tool comes and does good from each and every one of you. Thank you #salvaritribe, and thank you #savingthesurvivors. 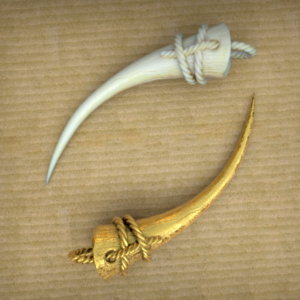 Please, continue to support Saving the Survivors and Dr. Johan in any way you can – a great way to learn more is by visiting their website at Savingthesurvivors.org